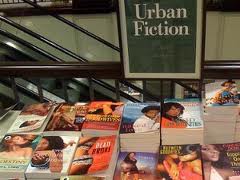 Urban fiction, also known as "street lit," depicts the often harsh realities of inner-city life, particularly as experienced by young people. This genre does not shy away from violence, sex, drugs and dreams gone wrong. In some urban fiction, a main character who has gone astray realizes "the error of his or her ways," and opts to lead a life on the straight and narrow. Sometimes, though, the character chooses to continue on the same path.

This genre is understandably controversial, but perhaps because it depicts certain realities unflinchingly, it has proven popular with many teen and young adult readers.

For a street lit scholar's take on the genre, along with information on award-winning urban literature titles, visit Street Literature.