A guide to the oral history collection of interviews with American Indian people conducted by Samuel I. Myers, Jr., history professor at St. Louis Community College - Florissant Valley during his sabbatical semester, Fall 1975.

All images, recordings, transcripts and other materials included in this digital collection are intended for personal, educational or research purposes only.  Transmission or reproduction of protected items beyond what is allowed by fair use will require the written permission of the copyright owner, St. Louis Community College at Florissant Valley. 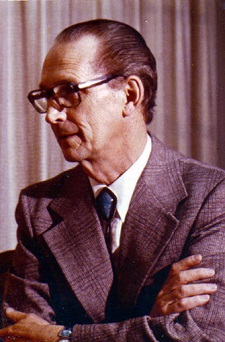 Sam Myers had a passion for learning; no matter what the subject area, he would delve in-depth to learn all he could.  Also, he had a passion for and commitment to the integrity of the individual which was evident in the respect he demonstrated for all humanity.  The value he placed on human dignity was one of his highest virtues.

Sam grew up in Park Rapids, Minnesota and graduated from public high school there in 1932.  He and his wife, Helen, returned to the area in the 1940s as a family.  He was an owner of a thriving business and president of the Park Rapids School Board.

We get a glimpse of Myers' background in his interview with Joan Turney #17.

Sam Myers: So your experience in high school in Park Rapids wasn’t the best?

Joan Turney: No, it wasn’t. We didn’t have the clothes that most of the other students – the white students – had.  They made fun of us, and we felt very uncomfortable in their surroundings.

Sam Myers: This really kind of surprises me, because I grew up in that same school [Park Rapids Area High School, Park Rapids, MN]. I don’t remember it being like that.  But maybe I was blind, too.

Immediately after graduating from ASU, Myers was invited to become a professor of American History at the St. Louis Community College at Florissant Valley in the St. Louis, Missouri, area.  He taught at “Flo Valley” for the next ten years where his office door was always open to his students for assistance and advice.

Myers conducted many interviews with Native Americans during the 1960s and 1970s around the United States gathering their sincere and thoughtful perspectives about their ideas, authentic cultural traditions and heritage.  This led to the sabbatical project which became known as “Listening to Indians.” 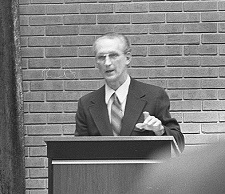