Popular Music: From Rock to Rap

Popular Music in America: from Rock to Rap 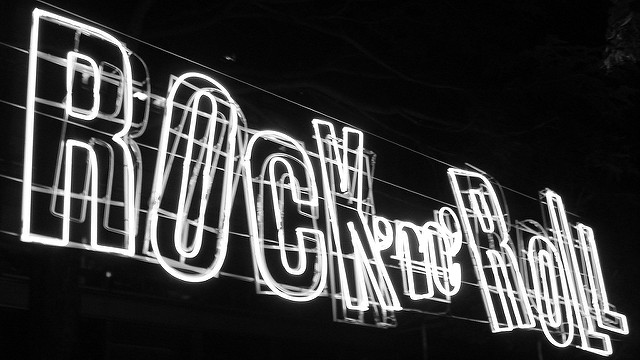 What is Popular Music?

What is pop music? The definition of pop music is deliberately flexible. It accommodates the fact that the specific music identified as pop is continually changing. At any particular point in time, it may be most straightforward to identify pop music as that which is successful on the pop music charts. For the past 50 years, the most successful musical styles on the pop charts have continually changed and evolved. However, there are some consistent patterns in what we know as pop music.

Pop Vs. Popular Music It is tempting to confuse pop music with popular music. The New Grove Dictionary Of Music and Musicians, the musicologist's ultimate reference resource, identifies popular music as the music since industrialization in the 1800's that is most in line with the tastes and interests of the urban middle class. This would include a vast range of music from vaudeville and minstrel shows to heavy metal. Pop music, as a phrase with the shortened first word, has primarily come into usage to describe the music that evolved out of the rock and roll revolution of the mid-1950s and continues on a definable path today.

Music Accessible To the Widest Audience Since the mid-1950s pop music has usually been identified as the music and the musical styles that are accessible to the broadest audience. This means the music that sells the most copies draws the largest concert audiences and is played most often on the radio. Most recently, it also includes the music that is most often streamed digitally and provides the soundtrack for the most popular music videos. After Bill Haley's Rock Around the Clock hit #1 on music charts in 1955 the most popular music became the records influenced by rock 'n roll instead of the songs and light standards that had dominated TV's Your Hit Parade weekly countdown show. Since 1955 the music that appeals to the broadest audience, or pop music, has been dominated by sounds that are still rooted in the fundamental elements of rock 'n roll.

Pop Music and Song Structure One of the most consistent elements of pop music since the 1950's is the pop song. Pop music is not usually written, performed and recorded as a symphony, suite, or concerto. The basic form of pop music is the song and usually a song consisting of verses and a repeated chorus. Most often the songs are between 2 1/2 minutes and 5 1/2 minutes in length. There have been notable exceptions. The Beatles' Hey Jude was an epic seven minutes in length. However, in many cases, if the song is abnormally long, an edited version is released for radio airplay such as in the case of Don McLean's American Pie. It was edited down from its original 8 1/2 minutes long recording to a version just over four minutes for radio airplay. On the other end of the spectrum, in the late 1950s and early 1960s, some hit songs clocked in under two minutes in length.

The Pop Music Melting Pot As with other art forms that aim to attract a mass audience -- movies, television, Broadway shows -- pop music has been and continues to be a melting pot that borrows from and assimilates elements and ideas from a wide range of musical styles. Rock, R&B, country, disco, punk, and hip-hop are all specific genres of music that have influenced and been incorporated into pop music in various ways over the past six decades. In the past decade, Latin music and other international forms including reggae have played a more prominent role in pop music than in the past.

Pop Music Today Today's pop music bears significant influences from the development of recording technology. Electronic music played and recorded digitally permeates most of today's top-selling pop music. However, in a shift from the mainstream, Adele's Someone Like You from 2011 became the first song featuring only piano and vocals to reach #1 on the US pop chart. In 2014, with her album 1989, Taylor Swift became the most prominent country music performer ever to shift to recording an album that is entirely pop music. Hip-hop continues to play a significant role in mainstream pop music with Drake emerging as one of the top pop artists of 2016. Although historically American and British artists have dominated pop music, other countries such as Canada, Sweden, Australia, and New Zealand are increasingly influential on the international pop music scene. Western-style pop music is a primary reference point for the development of enormous pop music markets in Korea and Japan. The performers are indigenous, but the sounds are primarily imported from the U.S. and other countries that support Western-style music. K-Pop, the style that has evolved in South Korea is dominated by girl groups and boy bands. In 2012, Gangnam Style, by the Korean artist Psy, became one of the biggest worldwide hit songs of all time. The music video has racked up more than three billion views on YouTube.

Pop Music Video Short films of recording artists performing hit songs have existed as a promotional tool since at least the 1950s. Tony Bennett lays claim to creating the first music video with a clip showing him walking in Hyde Park, London while his song Stranger in Paradise plays on the soundtrack. Major recording artists like the Beatles and Bob Dylan created film clips to accompany their songs in the 1960s. The industry of music video received a huge boost in 1981 with the launch of the cable television channel MTV. It was dedicated 24 hours a day to showing and building programming around music videos. The channel eventually slowed their broadcast of music videos, but the creation of the short film clips became a permanent part of the pop music industry. Today, it is rare for a hit song to climb charts without an accompanying music video. In fact, the number of times a music video is viewed is counted as another indicator of the popularity of a song when its national ranking is determined. Many artists also release what are known as lyric videos for their songs. These are film clips that focus on the song lyrics and show them while the song plays on the video soundtrack.

Pure Pop and Power Pop Although pop music continues to be a melting pot of styles, there is a genre of pop music that claims to be pop music in its purest form. This music, usually called pure pop or power pop, typically consists of relatively brief (not over 3 1/2 minutes) songs played on the standard electric guitar, bass and drums with vocals that have a very strong catchy chorus, or hook. Among the top pure pop or power pop performers of the past are the Raspberries, Cheap Trick and the Memphis group Big Star. The Knack's #1 smash hit My Sharona is often considered the biggest power pop chart hit.