Use this guide to find and evaluate information and resources related to Middle East complexities.  Resources on this guide will help you understand and analyze the often conflicting cultural, religious, political, and historical forces at work in the Mid

These maps are from the Gulf 2000 Project, which focuses on  major issues concerning the Persian Gulf region and surrounding areas. Together these maps help provide a multidimensional view of Syria.

Use the magnifying glass option appearing on most of these maps to enlarge images and text. 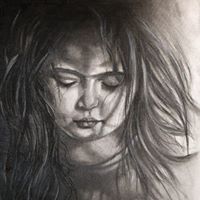 This drawing is by Mohammad Amari, titled "Our Children"

This video was designed for the SAMS (Syrian American Medical Society)